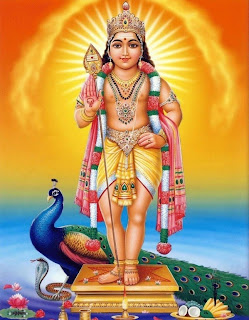 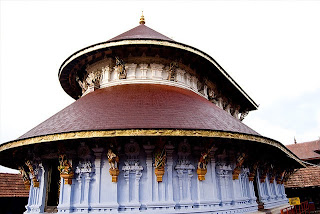 Its believed that the temple is built by Lord 'Parasurama'. Later it was destroyed two times -one because of fire and other because of the attack of 'Tippu Sulthan'. Then it was re-constructed in 1792AD. The two-storied sreekovil (sanctum sanctorum) is in the shape of “Gajaprishta”(back of an elephant). This temple is known as the 'Palani' of Kerala, 6-ft tall idol of the main deity Lord Subrahmanya  There are five 'poojas' and three 'Siveli's on each day. 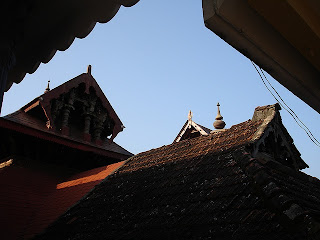 There are many unique features about this temple in the rituals performed, the architecture etc.  First of all the 12ft tall compound wall  constructed in a unique  style is very rare kind in the temple architecture of Kara. The total area of this temple compound is above 3 acres.  Apart from the main deity, Subrahmanya, there are other deities also being worshipped here. They are Lord Ganapathi, Bhootathar, Kanya Bhagavathi, Sasthavu and Parasurama.  Kshetrapalan and Vairajathan are also being worshipped.

The early history of the temple can be divided into two periods:
1. Prior to 964 K.E.
2. Kollavarsham 964 corresponding to 1788 A.D.
According to the Payyanur pattola, the earlier structures were as follows:
Dwi thala sreekovil (for Lord Subramanya covered with copper roofing and 2 golden stupas and a golden sree mukham).A copper roofed mandapam with a copper thaazhikakkutam.
A Vaathalimaatam with a golden snake motif on its top.A Chuttambalam and 2 Natapuras.
2 copper roofed sub-shrines for Lord Parashuraama and Lord Ganapathi with Saastha besides 4 Gopuras.Unfortunately, all these structures were destroyed by fire on 27th Meenam 964 (March- April 1788) by Tipu’s forces. But some of the items in the temple like balithitamb of the Lord could be saved as it was kept at Peringothth Kottathh as arranged by the Chenga Koovilakam Chiraykkal Raja, since the public had previous information about the impending attack of Tipu Sultan. The main idol was broken during this time, but not destroyed. The temple remained closed for 3 years and re-opened onVrschikam 967 by the senior lady of the Thaazhakaat manna. The temple was rebuilt in 968 K.E., the renovation and construction stated as per the measurments given Thaayinneri ottagraha shilpis with the help of 8 Deshams. According to the local tradition, the temple now, represents only a miniature of the earlier original temple, which was believed to be built by Vishwakarma as per the directions of Lord Parashurama. 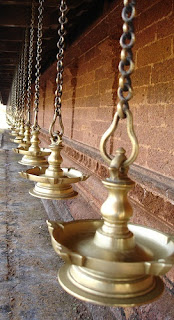 People belonging to the "kshatriya" community are not allowed to enter into the inside of the temple. Entry to the 'naalambalam" is denied to the monks who wears saffron and the members of 'kalakattu' 'kattumadam','kalloor'etc who are believed to perform black magic,'antarjanams"(females of the brahmin community), the "mootha poduval" (who are traditional custodians of the temple) etc also.
Triputhari, the harvest festival is also one of the functions celebrated here. During triputhari, the newly harvested rice is cooked and offered to the deity. This festival  is a good example of communal harmony and co-existence.  The sugar used for the 'payasam' is brought by a Muslim family of Payyanur.  When the date for the festival is decided, an official visits this family at keloth and informs them about it.  On the festival day a member from that family brings the sugar in a brand new pot to the temple. In return he will be given rice, coconut, bananas etc as a compliment from the temple.

In most of the kerala temples the festival begins with the hoisting of the sacred flag.  But here there is no such custom of "kodiyettam” (flag hoisting) and even the flag mast is not present here. The “Ilanji” tree in the front-yard of the temple remains a surprise to all devotees since this tree always flowers but never fruits.The major festival of this temple, the “Aradhana Mahotsavam” is celebrated from the 1st of Vrishchikam to 14th of the same month of the Malyalam Era. Aradhana Festival is considered as the festival of the whole Payyanur. The Aradhana festival of Payyanur temple marks the beginning of the festival season of Payyanur and neighboring places. The "tidampu ezhunnellathu"(procession of the deity) accompanied by the traditional musical instruments and other sacred formalities are the main ceremony of the festival.   A number of cultural events are also held along with the 14-day long Aradhana festival.

Payyanur is one of the ancient civilized places in north Kerala  and claims a glorious heritage . The archeological remaining excavated from Payyanur and nearby places prove the existence of a civilized city in this area centuries ago. The famous travelers, who visited here, have described about this area in high words. Ibn Bathutha visited Ezhimala in AD 1342 and wrote about the big seaport and the Chinese ships anchored here. 1n AD 1273 Abul Fida and in AD 1293 the world famous traveler Marco Polo, and in 15th century the Italian traveler Nicholo Kondi also visited this place and had given a very good impression about Ezhimala port which was called by the name “Heli”. The Portuguese Scholar and traveler Barbosa who made lot of researches and studies on Kerala and its People had described a lot about this place
In the past, the city centre was Kachil Patanam (present Kavvayi) was the main town because of the waterways through Kavvayi River and its big Seaport. It was the administrative as well as business centre during that time. According to historians ships from China and other countries used to visit this port and anchored in the nearby river Changoorichal. Kavvayi retained its position even during the rule of British East India Company also. They established the first Magistrate court and Registrar’s Office in Kavvayi only.
The business centre was called Kokkanisseri Bazaar. Later the name Payyanur became common and thus the developed city of today came into existenceThe main road, which starts from Perumba, divided the town into two. The north Kokkanisseri village and the south of this road was called Payyanur village, Which ends at Subramanya Swami Temple. 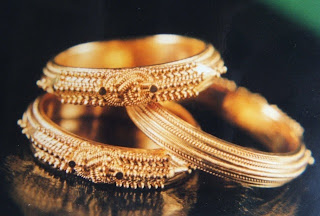 Pavithram is the particular ring worn during performing vedic or holy rituals or during the "pithrubali"  in the Hindu tradition. The traditional Pavitram is usually made of "dharba" grass. Usually Payyanur Pavithram is being made of Gold and Silver. Payyanur Pavithra Mothiram is a uniquely crafted ring shaped like a knot and considered being a sacred ornament.  The Pavithram is to be worn on the right ring finger. It is believed that this ring will bring luck and grace to anyone who wears it with the deep devotion.  It is believed that the Pavithram brings the "Trimoorthi Chaithanyam" ( the vigor or the effect due to the presence of the trinity of Brahma, Vishnu and Shiva).

The person who wear Pavithram as well as the Goldsmith who makes it has to have to impose some sort of self control or discipline over themselves. They should be pure vegetarian and shouldn't take alcohol and should keep way from immoral activities.After making the 'Pavitram ', perform special pooja at  Payyanur Sree Subrahmanya Swami Temple before handing over to customer. 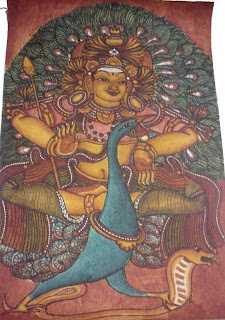